About us About Pouey International

We have been supporting our customers internationally from the beginning and this corresponds to our development ambitions.>

Pouey International is a European family business for whom loyalty is important. It is innovative, devoted to customer satisfaction and committed to the environment.

Years of experience founded in 1884

Customer proximity helps us to offer original services to businesses of all sizes on a daily basis, for their domestic or export markets, and allows them to grow safely by anticipating risks, guaranteeing them and, if necessary, recovering debts to improve their cash flow.

In an uncertain economic environment, seeking and finding positive elements and new solutions, to authorise a business relationship, to guarantee it, or to restore it,, is a philosophy opposed to the "mainstream" which leads to hastily categorising a situation and missing an opportunity.

This vision is shared by all of our employees who, each armed with their own expertise, give meaning to our actions and produce concrete results for the profitability of our customers. 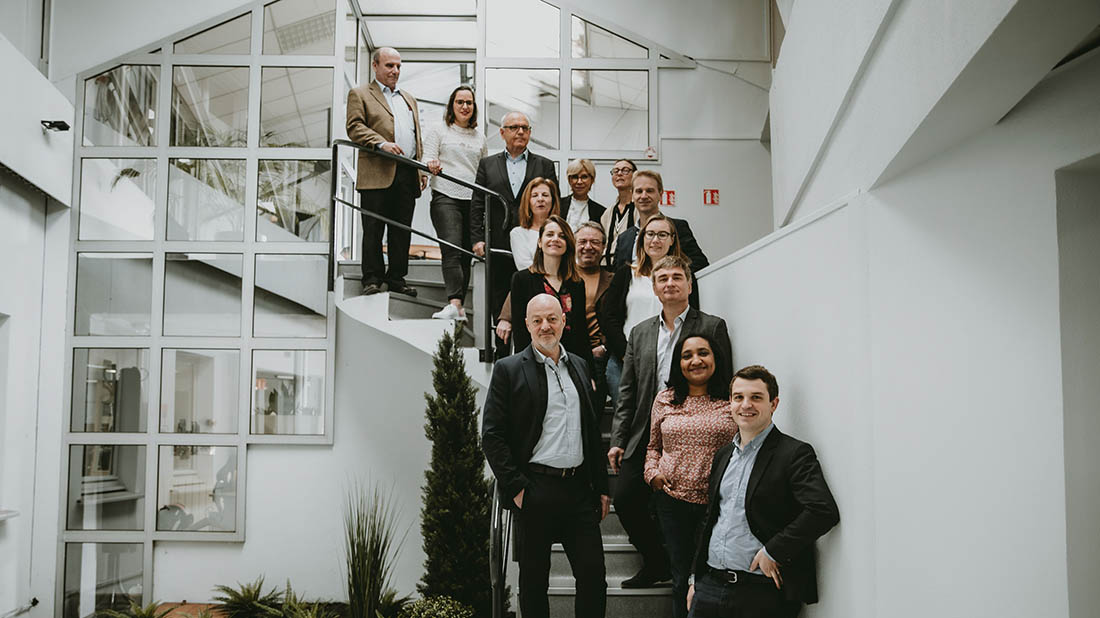 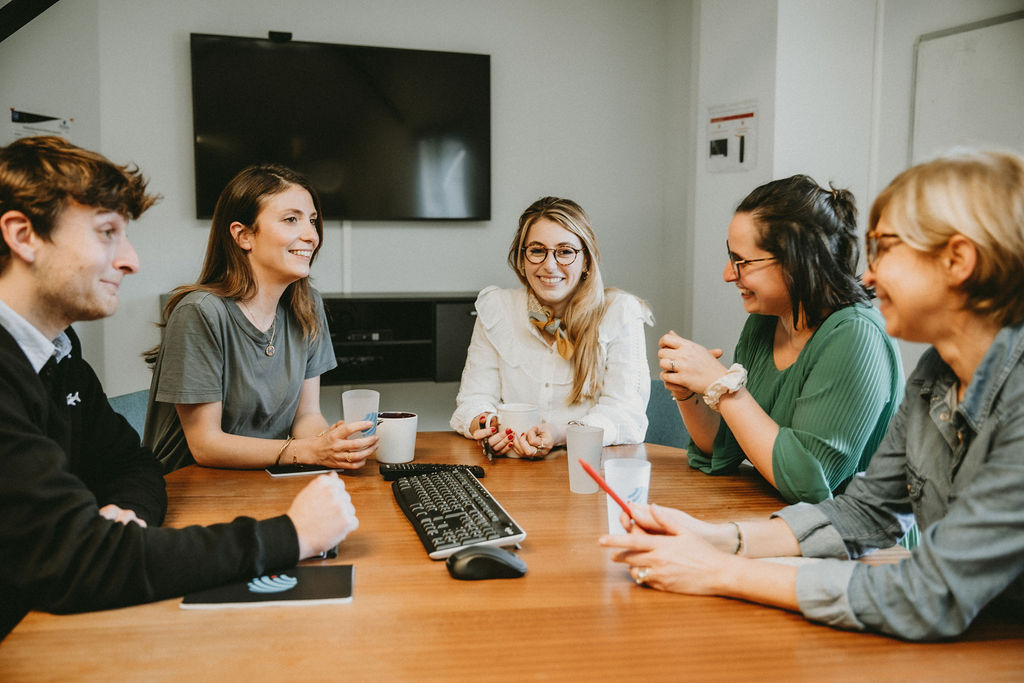 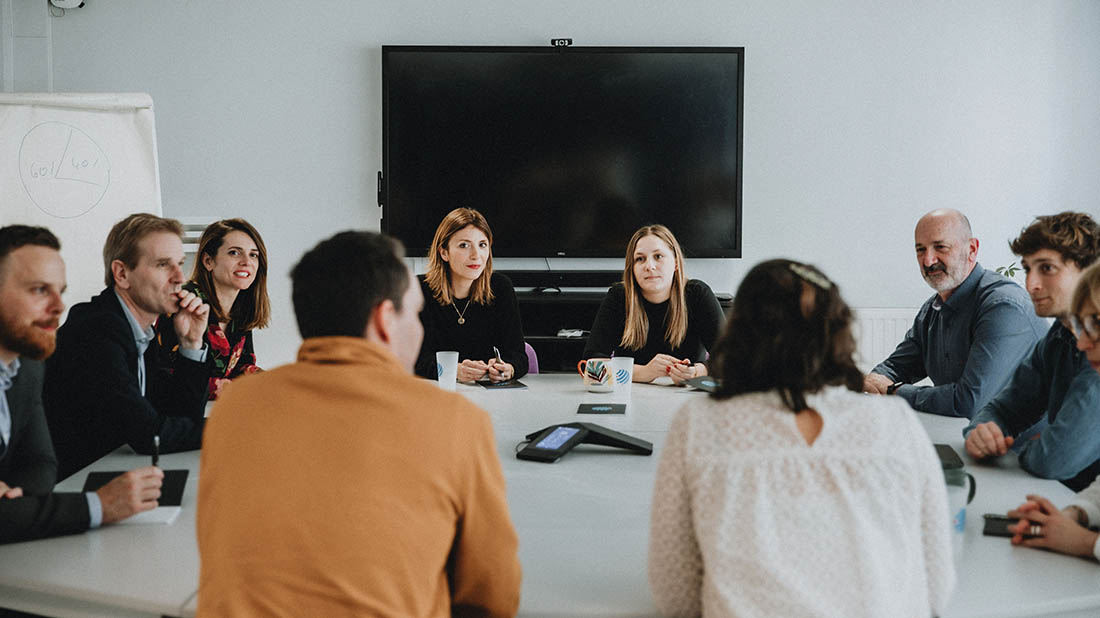 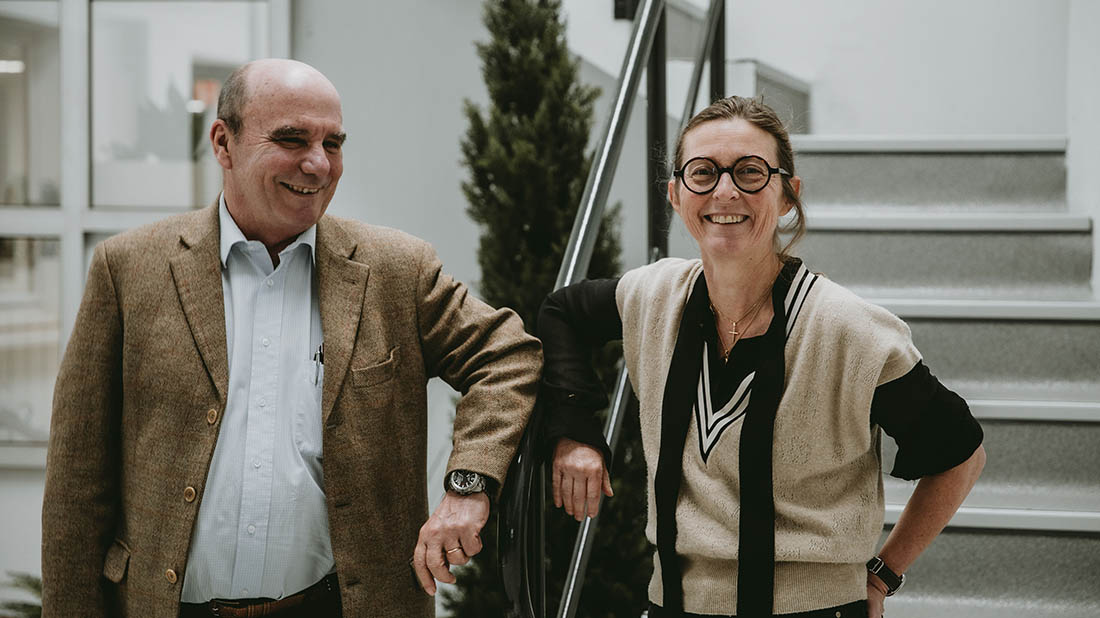 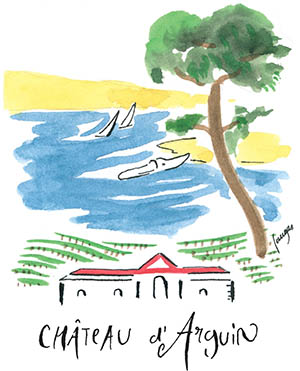 From handwritten collection…to the Fintech of invoice assignment.

Since its foundation by Antonin Pouey in 1884, four successive generations have managed the company: Georges and André Pouey, his sons in 1930, then Marie-Christine, Guy and Jacques Pouey, who in 1978 passed it on to Bertrand Lacampagne and Thierry Piéchaud at the foundation of the structuring of the company's recent development.

Since 2021, the company has been led by Marie-Victoire Galeyrand (Chairperson) and Pascal Marchesseau (Managing Director), and the fifth generation of the founder's descendants are to be found in operations, financial, technical and business.

After the Second World War, the company's services shifted towards debt recovery – born of the disputes encountered by its native customers in their commercial exchanges – and developed a network of agents in France and abroad.

Business and financial information were added to the range of services from 1960 to 1980 within the “Order to Cash” chain. The value of these preventive solutions was reinforced in 1997 with the creation of PRCG SA, which brought the company into the world of insurance and coverage of inter-company credit risk.

At the same time, it broke new ground with new services such as ScoreMap© after the 2008 financial crisis, also available in Spain since 2019; MassCollect© dedicated to multi-channel follow-ups in 2012, and hybrid outsourcing solutions for guaranteed chase-ups such as Time2Cash© in 2021

With the creation of the Fintech FINQUIETIS©in 2020, Pouey provided a hyper-flexible invoice assignment marketplace allowing guaranteed funding of customer accounts.

With this innovation, it now covers, through its array of services, all the needs of businesses concerning customer/supplier risk management.

The story continues through plans to open up to new European countries.

Family-owned : a long-standing family business that has cultivated a family spirit with regard to its teams and customers since its creation.

Made in Europe : the French requirement in all its areas of business, we serve our customers from the different European countries where we are established. The Pouey Group is a trustworthy, ethical and honest company.

Innovative and creating value for our customers : Listening to our customers' opinions and needs, Pouey has been developing new services since 1884 to enable our customers to become profitable businesses and create lasting relationships thanks to our responsiveness and our relevance.

Eco-responsible commitment : for decades, Pouey has been integrating social and environmental concerns into its business and management.

We use cookies on our website to give you the most relevant experience by remembering your preferences and repeat visits. By clicking “Accept All”, you consent to the use of ALL the cookies. However, you may visit "Cookie Settings" to provide a controlled consent. En savoir plus
Accept AllReject AllCookie Settings
Manage consent

We use cookies to help you navigate efficiently and perform certain functions. You will find detailed information about all cookies under each consent category below. The cookies that are categorized as "Necessary" are stored on your browser as they are essential for enabling the basic functionalities of the site. We also use third-party cookies that help us analyze how you use this website, store your preferences, and provide the content and advertisements that are relevant to you. These cookies will only be stored in your browser with your prior consent. You can choose to enable or disable some or all of these cookies but disabling some of them may affect your browsing experience.
Necessary Always Enabled
Necessary cookies are absolutely essential for the website to function properly. These cookies ensure basic functionalities and security features of the website, anonymously.
Functional
Functional cookies help to perform certain functionalities like sharing the content of the website on social media platforms, collect feedbacks, and other third-party features.
Performance
Performance cookies are used to understand and analyze the key performance indexes of the website which helps in delivering a better user experience for the visitors.
Analytics
Analytical cookies are used to understand how visitors interact with the website. These cookies help provide information on metrics the number of visitors, bounce rate, traffic source, etc.
Advertisement
Advertisement cookies are used to provide visitors with relevant ads and marketing campaigns. These cookies track visitors across websites and collect information to provide customized ads.
Others
Other uncategorized cookies are those that are being analyzed and have not been classified into a category as yet.
SAVE & ACCEPT
Powered by